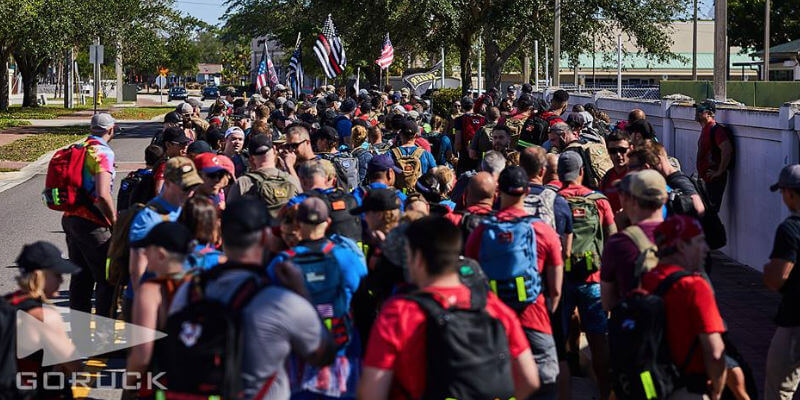 In my mind, Jacksonville seemed a lot closer to Richmond than it is in reality. I thought it would be a relatively quick trip down on Friday, have some fun at the GRT Reunion, and then head back home Sunday.

Apparently, it takes 9.5 to 10 hours to get down there. A twenty-hour round-trip effort for a 10-12 hour GORUCK Tough. I wonder if that was worth it.

I arrived in Jacksonville just after 3 PM on Friday, immediately heading to HQ for a 4 PM push-off of the GORUCK Club Leaders Ruck (AAR forthcoming).

I changed clothes, got my gear ready, and then headed out with about 30-40 other GORUCK Club Leaders for a 2-hour ruck, light PT, and group discussion about Ruck Clubs. It was a great time, which I’ll share more with you in the future AAR. 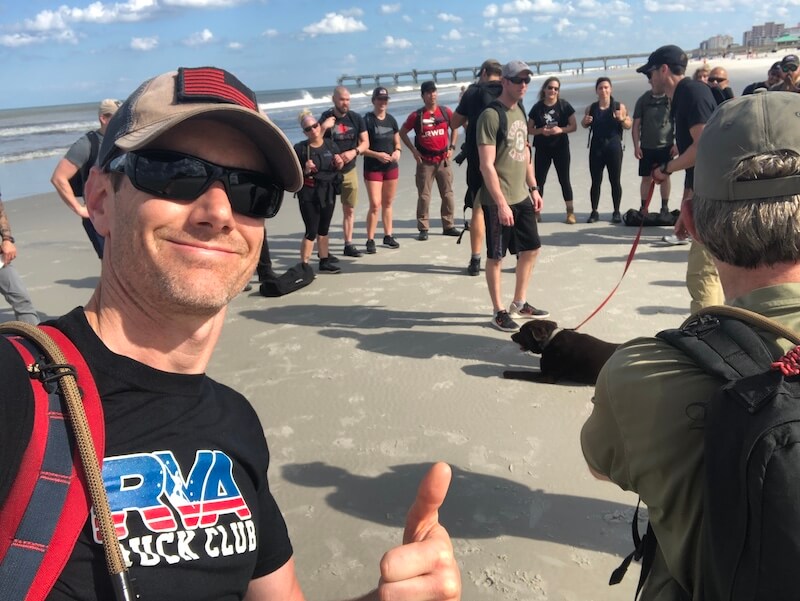 We arrived back at HQ for beer and pizza, followed by some general milling about. 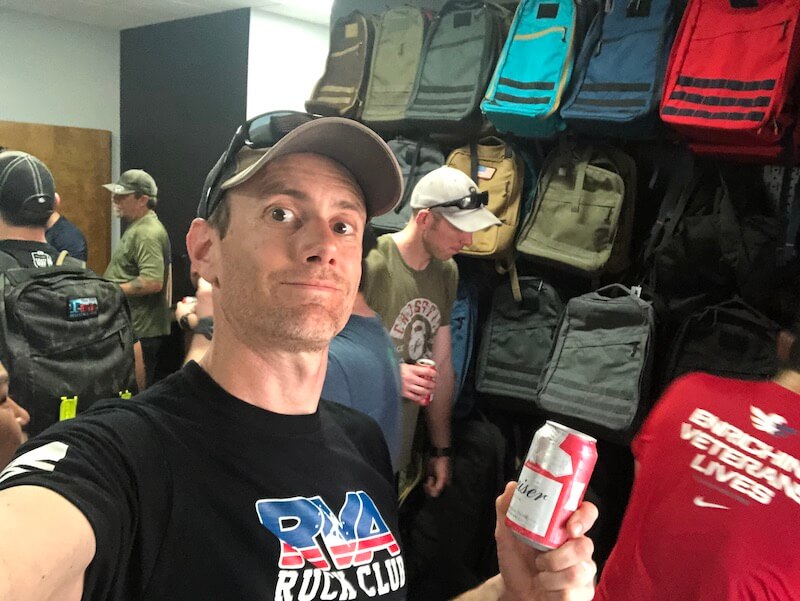 By 7ish, everyone had disappeared. I walked to the store to get some bottled water (because I learned during the leaders ruck that using Flordia tap water in my bladder was a bad idea) and a few other items.

I decided to run out and get a little food. I stuck with what I knew was safe, Chipotle.

I drove back to HQ and tried to nap in my car. I was mildly successful.

Sustain: Eat what you know. Don’t be adventurous before an event.

Improve: Actually look at travel time and don’t assume that “I’ll make better time than that” because you might not. Also, avoid Flordia tap water.

11 PM rolled around and I started to wake up and get my stuff in order.

GRT were rolling in and things were picking up.

I chatted with some folks, gave out some Ruck.Beer patches, and enjoyed the pre-event festivities.

Around 12-something the cadre gave instructions that we were to line up in alphabetical order by last name.

I found my spot in line and we stood around, shifting back and forth as more and more people showed up.

Eventually, the line was 174 people long.

Admin phase took a LONG time! I honestly felt bad for Cadre JC as he had to check the roster and see exactly who was present for the event. Jason provided more than enough energy to get the GRT fired up.

In line, spirits and attitudes were high. It was going to be a great night.

I mean, you knew that’s how this would start, right?

After a short ruck we made it to the beach and were instructed to form 4 ranks facing the ocean.

“And… walk until I say stop. Stop. Now, on your bellies.”

The collective sound that is created when 174 people lay down in the ocean at 2 AM is nothing short of amazing and hilarious.

Of course, we had plenty of activities in the ocean and Cadre Beaux attempted to give us a lesson in working as a team with some fun “stand up, get down” drills. We failed pretty miserably.

I will note, however, that this was actually my first time doing water PT. I discovered that while flutter kicks on dry land are one of my least favorite exercises, in the ocean your feet kind of float when they hit the water and bounce back up with a little more ease. It was a welcome relief.

After playing in the ocean we assembled, cold and wet, on the beach for some team activities and sand PT to warm us up.

Jason was the cadre for my team.

And, let me say, if you ever have the chance to do an event with Jason as the cadre, DO IT! While he certainly let us have plenty of good livin, he also had such a great energy. He was fun and funny, he was motivated, and he tied in some great lessons on the power of the GORUCK community. It was really great.

Sustain: When beach PT is over, take full advantage of the water to get as much sand as possible off your body. Taking off your shirt, washing your back and shoulders, and dunking your ruck will pay dividends down the road.

As a group, we filled up about 70-80 sandbag and set out on a 4-6 mile beach ruck. It was a good time. People shared the load and we made our way to the next stop in our adventure.

Arriving at a field, we did some bear crawls, broke into smaller teams and did buddy carry exercises and “I’m up, he sees me, I’m down.”

The sun came up. It was a beautiful morning!

We rucked onward to our next location, another field.

It is here that we encountered one of the most wonderfully horrible experiences I’ve ever had at an GORUCK event. We did the tunnel of love… with 174 people!

I was at the front (end?) of the tunnel, which meant I was one of the first people to low crawl through. It easily took 15 minutes to get through the whole thing. It was remarkably hard and too a huge physical and mental effort.

When I finally emerged on the other end, all I could do is laugh. It was so freaking hard. It was unbelievable.

Eventually, the cadre got bored of watching us. We were nowhere near finished and had probably been going for around an hour(?).

We split into two teams and learned that Cadre JC had arranged for us to do a service project washing some cars at the Jacksonville Police Department.

It was a fun (and PT filled) opportunity to serve the Jacksonville community.

While one group worked on the cars, the other group was having fun back in the field with a little friendly competition. After some time, the groups switched.

Sustain: Keep moving and Do Not Quit.

It Pays to be a Winner… except when it doesn’t.

The team competition was pretty exhausting. It involved tug-of-war followed by a team sprint around the field while carrying a casualty and then pushing a football sled.

It was really fun to see the whole team work hard, pitch in, and get the task done.

I should note here that Lee McCarthy is indeed stronger than me. Not only did he do much better than me in the CrossFit Open, but as our team prepared to transition from the casualty carry to the football sled, Lee and I ran ahead to get into position for the first push. We got the green light to go and we both laid into the sled. Almost immediately, the sled began to lurch hard right (aka, towards me). Lee was crushing it and I couldn’t keep up with him. I had a little internal laugh and thought, “Damn, he is strong.”

Of course, the team jumped in and helped us straighten out and get on the move.

The carwash crew came back to join our group and it was announced that the winners would compete in the course we had just run. Apparently, our prize for winning was to go through that misery one more time. I’m not sure that’s how “it pays to be a winner” is supposed to work.

Digging deep, we pushed through and won again.

Our reward? Watching the other teams do PT? Getting to rest in the shade for a bit? Nope. Nothing. Oh well.

Sustain: Play to win, even if winning doesn’t get you anything.

From here, the police gave us an escort back to HQ, which was pretty rad.

At HQ, beers and patches were handed out.

We poured out some for our Ranger In The Sky, Cadre Rooney (who’s ruck we had carried with us through the entire event).

It was here that Jason took a moment to emphasize what Reunion was all about. He noted that we ended a little early. He said that we could have easily gone back to the beach for more PT and shenanigans. But, rather, reunion was more about the community. It was about getting together, having a good time doing hard things, and sharing the experience with a bunch of laughs and stories.

So, we cracked open another beer, ate a bunch of tacos, gave out some Ruck.Beer patches, and enjoyed the beautiful Florida afternoon. 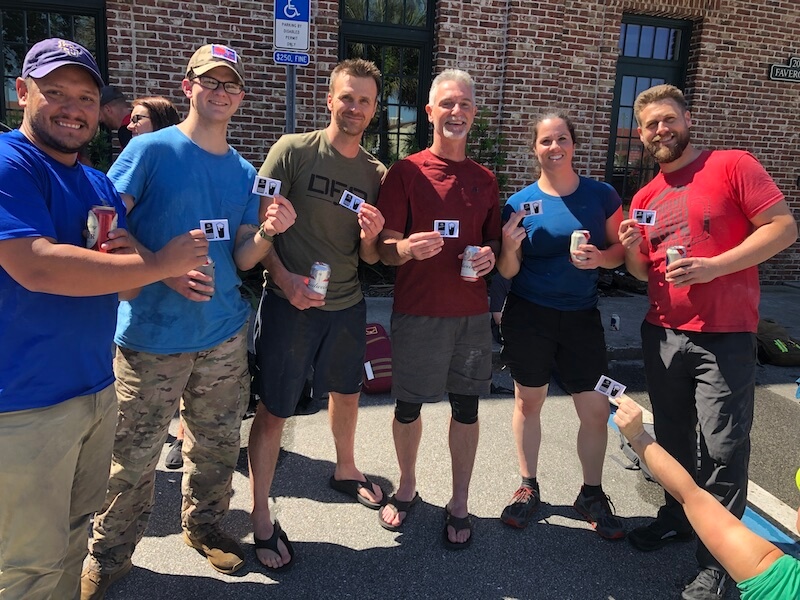 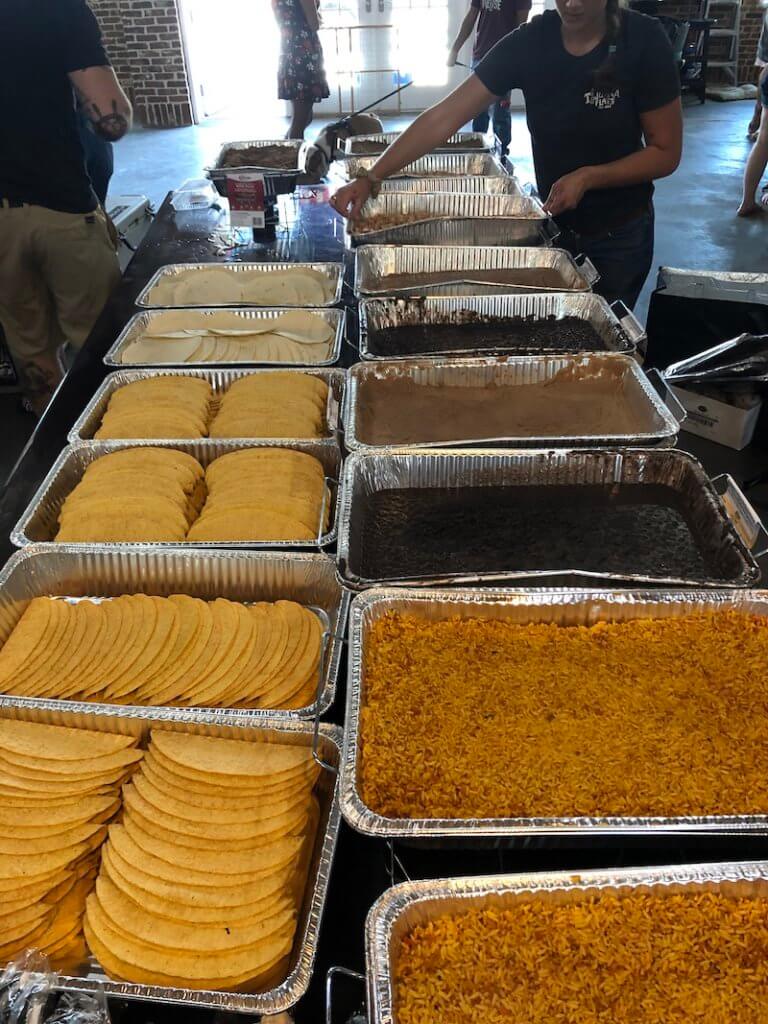 I was honestly back and forth on going to the GRT Reunion. It was going to be a lot of travel for such a short trip and I was going to miss some weekend activities at home.

But, I’m so glad I went. It was truly a fun event. There were plenty of hard and challenging things about the event, but more than that it was a great opportunity to enjoy being part of the amazing community that is GORUCK.

Word on the street is that next year’s reunion will be at HQ again. I highly recommend that no matter where it is, you don’t miss it.

Oh… you want pictures? Yeah, GORUCK has a few of those for you. They are amazing. Go check them out here and here. 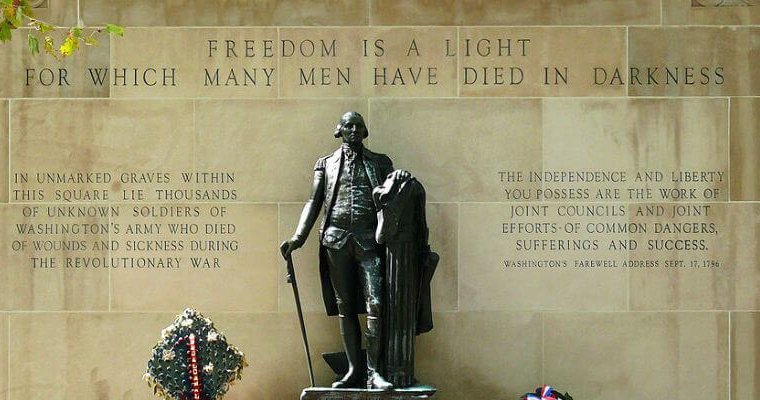