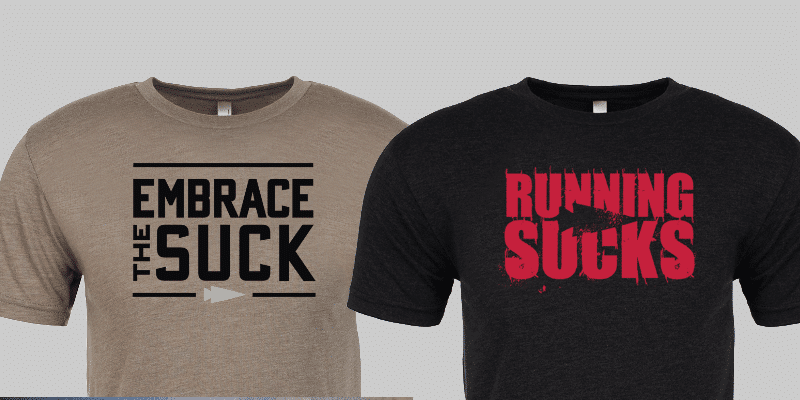 About six months prior to the marathon I completed my first GORUCK Heavy (read my 9/11 GORUCK Heavy AAR). In the three months leading up to the Heavy, I trained a lot. I put in over 200 miles and did a ton of weight and PT work.

The ruck training got me in a great place physically, so my plan, for the marathon, was to ride the wave of ruck training and transition into running some mid-range miles in the 4 weeks leading up to the marathon. I came up with a very basic 4 week marathon training plan.

The only problem is that running sucks. So, I didn’t want to do it. And, I got super lazy. As my training notes show, I did not use those 4 weeks wisely.

My longest training run was 9 miles.

Of course, the weekend was a bit crazy. I had to drive up to DC and back on Friday to get my race number. On Saturday, I ran my ruck class at the gym and then had to coach two soccer games. We left Richmond after the second game and it was already 5pm.

The days leading up to the race were not as restful as I would have liked. I wasn’t able to focus on my fueling plan and ended up with much higher stress and lower calories than I would have liked going into an event.

The night before the race I slept pretty poorly. 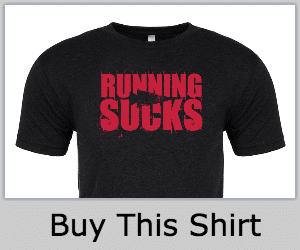 We stayed in Crystal City and I was able to catch a runners shuttle to the Pentagon. The line for the shuttle was about 45 minutes long, but I left with enough time to spare.

The shuttle dropped us off at the Pentagon, nowhere near the start line. The walk to the start line was almost 2 miles and I walked at a nice clip and made it there in 20 minutes.

This was one of the more frustrating points of the marathon. The pre and post walking for shuttles easily added 3+ miles to the morning.

I eventually made it to the start line and snuggled in with the 4 hour pace crew.

Having never run more than 13 miles in my life (a Spartan Beast) I really had no idea how to pace a marathon. I decided 4 hours sounded like a good time and I’d shoot for that.

Other than pace, I planned to hydrate at every stop.

That was the full extent of my race plan.

With 30,000 registered runners, the race was crowded. My first two miles were much slower that I anticipated at 9:30 +/-. I kept looking at my watch and thinking it was messed up. How could I be running that slow? Ultimately, I chalk it up to the crowd. It was hard to find a pace with some much bobbing and weaving around runners and trying to fund my space.

After 2 miles there was more room to move and I settled in to a nice 8:30 +/- pace. Everything felt good. I was mentally clear, my legs and feet were ok, and I didn’t feel like I was overexerting. Just sitting on cruise control.

About mile 4-5 I realized that forgetting band aids for my nipples was turning into a problem. It wasn’t major at that point, but I knew I was going to be in trouble over the long haul. Then, like an angel from heaven, I turned a corner and saw a guy holding a sign that said, “Take a band aid” and it was outlined with tons of band aids. Not braking stride, I snagged one (only one nipple was sore) and shouted thank you.

About 2-3 miles later, I realized that grabbing only 1 band aid was a tactical error. I should have grabbed two. Thankfully at the next aid station there were volunteers offering Vaseline. I grabbed a bit, applied liberally, and was good the rest of the way.

Around mile 15 I was still cruising, but my legs were starting to get tight. I’ve always had issues with leg cramps on long runs, so I was starting to get nervous. But, I kept moving.

My left hamstring knotted up on me. I let out a loud scream and hobbled to the side.

Thankfully, the knot released quickly. I stretched and shuffled on my way. However, the cramp was there and he wasn’t going to leave.

Things did NOT get better after that. My quads decided to get in on the cramping action. The remaining 10.2 miles were an up and down of walking and shuffling. My pace dropped worse and worse. But, I kept telling myself that I had a great first half and that I just needed to keep moving.

Then, finally, the 4 hour pace crew passed me. It was a discouraging blow to me mentally.

But, I sucked it up, did some mental math, and with only a few more miles left to go, I set my new goal of sub 4h 15m. I slogged on, legs fighting against me every step of the way.

With less than 2 miles to go, the 4h 15m pace crew passed me. I was super pissed.

At that point, it was simply about finishing and walking as little as possible. Every step was painful. I “jogged” onward.

Pain or not, there was no walking from here on out. I would finish this race running. The crowd was amazing. Turning the corner and seeing the Iwo Jima Memorial amazing. Finishing as strong as I could, I crossed the line in 4 Hours 36 Minutes and 25 Seconds. 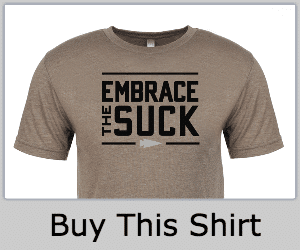 The main reason I ran the Marine Corp Marathon was because my dad is a Marine, serving back in the 70’s. He joined me for the race weekend, running the 10k, and it was a really special weekend together with him.

Over the last few years, through the friendships I’ve formed through the GORUCK Community and at my gym, I have grown in my appreciation for those who have and do serve to protect our liberties. This marathon weekend offered me ample opportunity to say thank you as there were literally hundreds of Marines along the course. Every chance I got, I’d shake a hand and thank them.

It was a humbling experience to see all these men and women cheering me on as I ran. 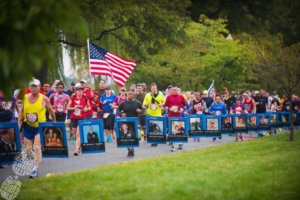 I never wanted to run a marathon. It wasn’t a life goal. But, one day I was feeling particularly patriotic and I signed up.

The marathon was hard. It made me push through physical and mental obstacles and taught me a lot about myself. More than that, it allowed me to spend a great weekend with my family and remind me how amazing it is to have people who support you, even when you decided to do crazy things. 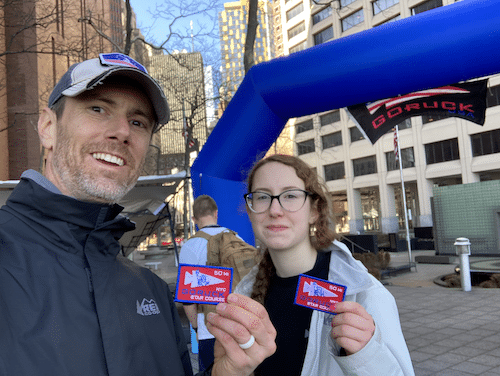